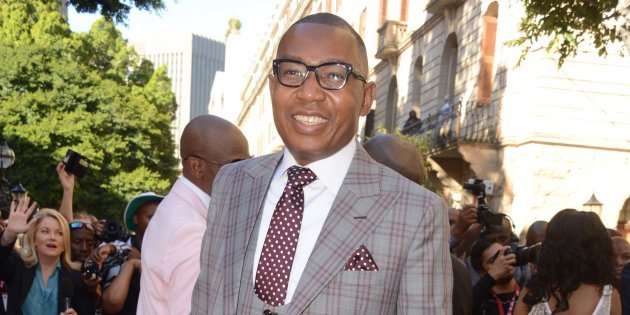 The chasm between what government says and does is demonstrated by Manana’s work on gender violence on university campuses.
21/08/2017 15:19 SAST
Lisa Vetten PhD Fellow at Wits University

A distinctive feature of South Africa’s democracy is the way it has sought to make the state a vehicle for women’s advancement. No clearer expression of this goal exists than Nelson Mandela’s very first State Of The Nation Address in May 1994:

“It is vitally important that all structures of Government, including the President himself, should understand this fully: that freedom cannot be achieved unless the women have been emancipated from all forms of oppression.”

Mduduzi Manana’s assault of Mandisa Duma, and the conflicted state responses it produced, only underscore the distance between that ideal and present realities.

In his capacity as the Deputy Minister of Higher Education and Training, Mduduzi Manana had been leading dialogues around gender-based violence with university and college students. Yet his violent actions at the Cubana Club point to a significant disconnect between his public utterances about masculinity and violence, and his private conduct.

Indeed, it speaks volumes about the importance of gender in the greater political scheme of things that Manana’s suitability for this role was not assessed carefully beforehand –- especially in light of the mistreatment, his female staff have alleged.

Manana is one of a minuscule minority of senior political leaders to resign as a result of his abusive conduct, but it seems that he too, like Marius Fransman and Mbulelo Goniwe had to be pushed before he went. All three men must count themselves unlucky in comparison to George Mthimunye though.

Between 1998 and 2001 Mthimunye repeatedly harassed Esther Mahlangu-Mathibela, a municipal clerk employed by the Dr JS Moroka Municipality. Her refusal of his demands for sex led to the denial of job opportunities and the institution of disciplinary proceedings against her –- averted only by an urgent court interdict.

Eventually, deprived of her work and avoided by her colleagues, she spent her days sitting in the municipality’s kitchen. In 2012 the Pretoria High Court awarded her damages of R1.3 million. The council, however, saw no reason to pay Ms Mathibela-Mahlangu and it was only after the sheriff arrived, locked the gates and began attacking the mayor’s vehicles, that the council made its first grudging payment in 2013.

George Mthimunye, by contrast, prospered during this period. He successfully sued Naspers in 2007 for, amongst other things, describing him as ‘lecherous’ –- a word that left him feeling ‘shocked’, ‘hurt’ and ‘confused’ –- and went to work for the Emalahleni municipality. He was suspended in 2013 and the council placed him under section 139 administration.

Still, George did not stumble and in 2014 he was awarded the position of executive manager of corporate services in the Mpumalanga Provincial Legislature. Some months later he was elevated to the National Council of Provinces where he remains, untroubled by his conscience or the inconvenience of public opinion.

Nkosazana Dlamini-Zuma falls into the category of those who protect exploitative men.

That George could do so illustrates the political protection he was afforded. In the case of Mduduzi Manana, it is Bathabile Dlamini, Minister of Social Development and president of the ANC Women’s League, who largely attempted to play this protective role.

Hinting darkly at a political plot, she asserted that there were other men in the ANC who had committed far worse than Manana and that singling him out for disgrace was mere political factionalism.

Dlamini did not, however, consider it her duty to reveal who these men are and so it was left to Julius Malema to decipher her coded reference. In a radio interview, he suggested that Dlamini’s claim represented the first seed of a smear campaign against presidential hopeful Cyril Ramaphosa.

This was intended to portray Ramaphosa as a wife-basher who beat his former partner, Hope -– an insinuation she strongly denied in subsequent radio interviews. If this was indeed Dlamini’s aim, then it represents the most cynical manipulation, for political ends, of an issue high on the public agenda.

This expedience is however entirely consistent with the Women’s League’s choice of Nkosazana Dlamini-Zuma for future president -– for she too falls into the category of those who protect exploitative men.

As this litany of misbehaviour implies, profiting dishonestly from the state does not only derive in exploiting position and connections for personal financial benefit.

In 2004, in her capacity as the Minister of Foreign Affairs, Dlamini-Zuma cleared Norman Mashabane, the then-ambassador to Indonesia, of all 21 counts of sexual harassment he had been found guilty of in 2001, as well as another conviction in 2003.

The courts overturned Dlamini-Zuma’s decision in 2006 by upholding the original convictions. Mashabane stepped down as an adviser to the premier of Limpopo but was appointed to the Limpopo Provincial Legislature in 2007, a position he held briefly before dying in a car accident.

Manana is thus far from unusual in thinking he is exempt from promoting the state’s gender equality project [and space doesn’t permit an exhaustive cataloguing of the many others who also share this view]. Indeed, this disregard for gender equality extends from the state and into its shadow formation, as the allegations of sexual harassment against Tony and Ajay Gupta unearthed by the #GuptaLeaks suggest.

As this litany of misbehaviour implies, profiting dishonestly from the state does not only derive in exploiting position and connections for personal financial benefit. It is equally manifest in the sense of entitlement to sexual favours, as well as the expectation -– and provision –- of protection from the consequences of sexist or violent behaviour.

It’s time to incorporate and address this dimension of the state’s corrosion into our public discussions around reclaiming the state. To not do so is to relegate a founding principle of South Africa’s democracy to the periphery of our political struggles for the state.